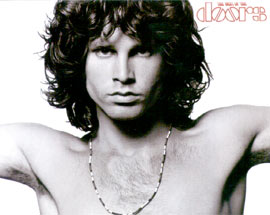 On the 1st of October, on what would've been my grandfather's 84th birthday, the Chicago Cubs languished into the end of an endless season.

Lost amidst the injuries, excuses, and lies were over three million fans that have loyally (sometimes to a fault) trodded through another year of misery at Clark and Addison. Unfortunately, The End would unfold with myself in attendance.
I would break my May 2nd promise of not going to another game at Wrigley Field. How could I miss the caboose killing the innocent bystander at the end of the train wreck? I had to be there! What is listed is an inning by inning account of the MacFail (yes, that is clever) and Baker administrations.

With the Bears not playing until the evening, I could at least watch the 30's-something scoreboard unfold a Cardinal choke, right?

1st Inning
Arrival can't come early enough. I'm stuck at Slugger's next to my buddy Steve. The only way I can identify him is through the Joe Mauer pin on his backpack (a little souveneir from our beleaguered trip to Minneapolis). Pretty damn glad to get out of that hell-hole! I was choking on the cigarette smoke of four annoying Cowboy fans wearing the jerseys of Russell Maryland, Woodson, Moose Johnston, and Troy Aikman. Over 40-somethings wearing jerseys are lame folks.
At the park, it's Wade Miller against Ubaldo Jimenez. It only takes me 10 minutes to find a Ubaldo joke. I inform my cohorts Jimmy Leo and Steve about this:
Me: You know what Larry Costello told Oscar Robertson of the '71 Bucks?
Steve: No.
Me: "U Bald O!"

2nd Inning
I should note that this is my first ever 'Fan Appreciation Weekend'. I bypassed the 1992 season finale because of my Grandpa's 70th birthday party. Dawson would hit #399 that day, and the Bears would blow a 20-0 lead in Minnesota due to a Jim Harbaugh meltdown. By the way, I never win anything. They finally mention our section, but it isn't us.
The score is nada as the second ends, and the converation gradually moves on to famous final days in baseball history. Bobby Witt in 1984 throwing the perfect game. Ubaldo's perfect through 2! This could be the day.
Between innings we get an earful of Billy Ocean's 'Caribbean Queen'. I'm not sure what the rationale is for this, but it's making me want to put an icepick through my neck. All I want is for St. Louis to lose! They are currently 4-0 to the Brew Crew. Problem is that Houston is blowing it in Atlanta. Boy I can't wait for some Padre-Cardinal action in October! (ugh)

3rd Inning
The best part of the third inning is when my buddy Jimmy Leo asks what the odds are we see a black '33' on the Cubs' players sleeves next spring. This is one of those laugh through the nose moments. I'm not laughing at the physical problems of Glendon Rush.
No, wait, yes, I am. Yep, I'm definitely laughing at that fat, fat, fat, lardass of a man.
I retort by stating that Jim is 'classless' and bringing that up is parallel to asking odds that Bo Kimble starts shooting free throws left-handed right after Hank Gathers' first heart trouble arose well before the Portland WCC semi game. This obviously sparks remeniescence of everyone in junior high shooting their first free-throw left handed during March of 1990. I mean, seriously, everyone HAD to have done this.
The Rocks score four in the top half, and Kaz Matsui's homer brings out some amazing arm in the kid sitting in right field. This of course prompts 9,000 fans around me to state that it's the best throw from right field all season. (har, har, very clever)
The bottom half is where the fun is! Juan Pierre gets the first hit of the game, and promptly gets caught stealing second. After the play, Bob Seger is blared on the speaker system.
It's almost as if someone told Stadium Operations to get all the suck out while they could!
Jesus! Crappy baserunning followed by 'Just take those old records off the shelf!'
Just take that damn music off the shelf. (After this game, of course, I thought this was some foreshadowing. Was the Tribune telling us that they were taking their own 'records of the shelf?' Hmmmm)

Fourth Inning
I called Rambo's last homer as a Cub. Hoo boy! Big time! 4-2 now! Something for the kids. Ooh! And Jackie J. almost gets picked off on a line drive! Wouldn't want the kids to go home without memories!

Fifth Inning
It's official. The 83 win Saint Louis Cardinals are Central Division Champions. I don't think they should get a banner, they should just get a big sign saying '2006, best of six randomly semi-regionally placed teams'. Yeah. I like the sound of that.
God this postseason is gonna blow.

Sixth Inning
Okay, I lied. The best part of the game was in the 6th. My buddy Jim was being ULTRA nice to these people sitting next to us. Getting peanuts, all sorts of stuff. I've been cursing a blue-streak all game, unfortunately. Well, Jimbo JUST informs me that these are his parents. Thanks, Jim. Made one hell of an impression.

Seventh Inning
First and foremost, the groundscrew doing the seventh inning stretch is top notch. It should be a charitable thing for people of Chicago to do. Not some big breasted celebrities. That being said, the Cubs have ROARED back in the bottom half of the seventh to take the lead.

Eighth Inning
The Cubs add on with three more in the eighth to take an 8-4 lead. Some random Seahawk fans keep walking around the concourse looking all proud. 2nd place is thought as royalty in Seattle apparently. After years of George Karl, I guess you're trained to think certain ways.
In the ninth spot, Freddy Bynum makes his final at-bat as a Cub. Good riddance! Good thing we didn't get to see Derek Lee one more time Dusty! You dumbass cogmo!

Ninth Inning
It seems fitting that Bobby Howry would come in the ninth, strike out the first two, get two strikes, and then give up one more 'the Cubs always suck when all the fans stand and cheer' play! One more chance for the faithful to boo everything Cubs.
But after Holliday(weird, huh) made the final out of the 2006 season, we all got one more heaping helping of fun. A nice win on a beautiful day at the ole ballpark. Here were some dedicated people. Say what you will.

The most telling moment came in the bottom half of the 8th when the PA man stated that this attendance gave us 3, 123, 315 fans! Right after the PA man said the words 'three million one hundred twenty-three thousand three hundred and fifteen', a man yelled, 'Suckers!'

One last laugh for all of us.
Er, I guess the laugh was on us as well. And we knew this. And we didn't care.
It's tough to care anymore.

Upon leaving, we stepped out into the tent sale. There were still ole jerseys, sweaters, pennants, and balls...all that is Cubdom at half-off.
In the end, more was leaving than just the clothes.
Posted by JDools